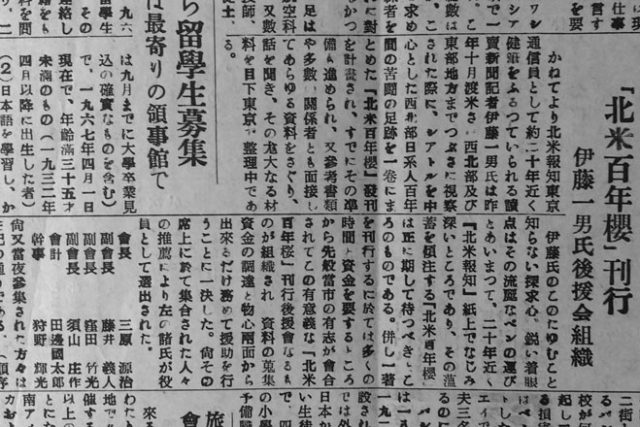 29He visited the United States last October, to research the details of the Nikkei community in the Northwest as he planned to publish “Hokubei Hyakunen Zakura (Issei)” featuring the history of the 100 years of the Japanese community. He has been working on the project in Tokyo after collecting mumerous reports, documents and interviews from the community.

Ito has been known by the North American Post readers as a writer for nearly 20 years with his persistent efforts and journalistic skills. His experiences will be included in the “Issei” book, so we may be familiar with his contributions.

The local community members have recently met to support the publishing project, which would need much time and funds to complete. The Issei book resources sponsoring committee group was formed to help Ito collect resources and financing for the book project. The following members were selected to the committee.