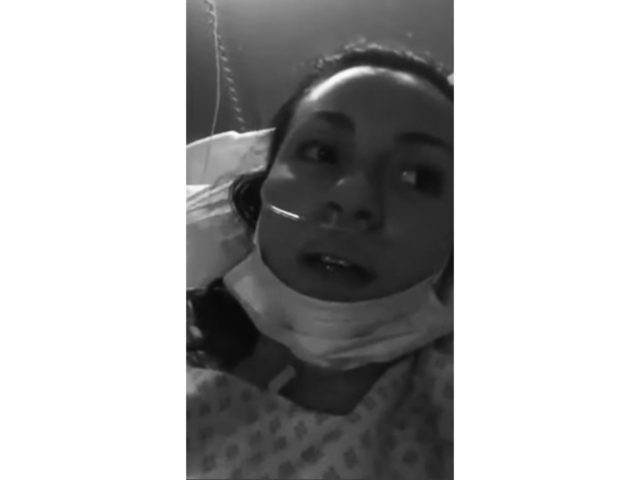 This is with good reason. We are in the thick of our COVID-19 battle now.

Even then, we will probably not be back in milk and honey. For Seattle is a port city, at the crossroads of Asia, I-5, and I-90, rail and light rail. The lack of eight interior US states not yet aggressively sheltering in place (New York Times, Apr. 7) will hit us with reinfection, a problem  China is now facing (the Guardian, Mar. 30). Raters of mobility maps based on phone tracking give Wyoming a grade of “F” (Washington Post, Mar. 24). This is 14 hours from us on I-90.

Most of our eastern Washington agricultural workers are temps from Mexico on H-2A visas, a country whose first COVID-19 case lagged ours by 33 days, and is thus only beginning to feel its effects. Mexico City held its Vive Latino music festival over the Mar. 14-15 weekend, exposing 40,000 (Alice Driver, CNN, Mar. 28).

Even when the virus disappears from most of the US, Indian reservations are expected to be refuges from which it will re-emerge (Politico, Mar. 28).

Here in Seattle, a medical worker I know had the COVID-19 test, which involves inserting a swab really deeply into your nose. She described it as producing “an ice cream headache x 5.” This makes me want to avoid infection, so I will not need similar testing.

Ken Shimura, comedian, the “Robin Williams of Japan” (CNN, Mar. 30). Type “Japanese comedy” into YouTube, and it is his amusing skits that appear first. Most poke fun at the human condition, so need little translation.

While COVID-19 challenges us, outside of medical workers, our experiences yet remain nothing compared to what others have lived through. Examples include 3.11 and WWII, Japan. Unlike them, we have roofs over our heads, and food.

People who survive calamities are commonly tough. They draw on inner reserves of strength. We only need to be like them.

WWII found my eldest aunt as a war-widow turned college student at Ochanomizu, Tokyo. Stranded in Japan at age three after the 1918 Spanish Flu pandemic (SJ, Mar. 13),  she ran—my cousin on her back—when the capital was firebombed on Mar. 10, 1945. Some 90,000-100,000 others died. My aunt managed to complete her degree and become a teacher. In retirement, she taught my U.S. cousins and me about our roots at our 300-year-old family home on the Japan Sea.

Eight of my relatives are presently working the U.S. medical front lines. By contrast, the rest of us need only stay in, watch Netflix, and not blow it.

If you have any lingering doubt, see the YouTube video of a gasping 39-year-old Tara Jane Langston, from an ICU hospital bed, UK. She has become “the face of COVID-19” (Business Insider, Mar. 20).

Shigejiro Ueno, Seattle, shares a tale of a family driven to the edge that survived. He does not disclose the name of the family that shared its story with him.

“The man leased forty acres of land from the Indians in Yakima and was growing potatoes and onions and living with his wife and three daughters. But due to the continuous long depression around the time of the ‘Spanish flu’ epidemic, he couldn’t sell his crops. He had been a sergeant major in the military police who had served in the Russo-Japanese War, and was a hero awarded the Sixth Class Order of the Golden Kite. He had borrowed over a thousand dollars in advance of his autumn harvest and wanted to recoup all his losses of the past, using this as capital. So he bravely went to the Chinese gambling house. His wife was wise enough to plead with him not to do so. Not wanting to see her husband return penniless and disillusioned, she sent the three daughters to bed after what was to be their last dinner together. Then she hung a rope on a nail from the ceiling and hooked it around her neck. When she came to, however, she found herself in a heap on the floor and her daughters, awakened by the sound of her fall, were crying and calling her, ‘Mommy! Mommy!’ Then she heard the sound of a car engine in front of the house. She was caught by a gloomy foreboding. She wondered whether a policeman had come by car to inform her that her husband had lost all his money and committed some horrible crime. However, it was not a policeman who kicked the door open in front of his pale wife and came in. It was the husband, his face full of smiles.

“According to what he told her, as she had expected, he lost his precious ‘tiger-kitten’ money. He thought that was the end and gave up everything. He thought the only thing to do was to commit a family suicide and had started home once, hands in pockets, head drooping. But his fingertip touched on a dime in one pocket. Then thinking he might as well lose the dime, too, he had returned to the gambling house and placed the dime on the shiko board. But—what kind of wind had started blowing? He doubled the dime. Then again he won. He doubled it and doubled it, again and again, and while he was exclaiming over it, it magically came close to $2000. He thought that now was the time for him to quit. On the way home he had bought presents for the family, and food, and had come home by taxi. Looking back at it all now, this couple told me, by turns. ‘It was not exactly right to open one’s life by gambling for all or nothing. I must have been crazy in some way at the time. We were lucky because we failed to commit suicide and at the last minute won in gambling, but just to think about it now gives us gooseflesh.”

(a) “Crash Landing on You.” The brief clips I have seen of this Netflix Korean drama look divine. A Sansei neighbor of mine, a ten-year veteran of K- and J-dramas, ranks this North/South Korean “Romeo and Juliet” saga among her “top five.”

(b) “Momo Ten Kuu” (YouTube;  408,000 subscribers). This series of 500+ 3-7 minute videos follows a Shiba Inu and two cats through their days in an old Japanese country house. Narrated in Japanese, with English subtitles, by the end of it you’ll be calm, and conversant in Japanese pet conversation to boot.