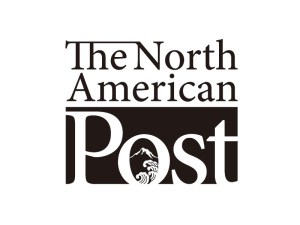 Erin Shigaki’s art installation on Bellevue College campus generated headline news recently when it was discovered that a significant portion of the descriptive text had been removed without the artist’s consent.

The way this scandal unfolded shows not only the importance of sharing and acknowledging difficult truths about our past but also the role of art in our lives. In the end, Bellevue College’s president and vice president of advancement were fired, and we were given yet another lesson on how some among us are too quick to whitewash history. Thankfully, this time, art and the community prevailed.

Erin Shigaki’s 11-foot mural was installed on the campus in February as part of Day of Remembrance activities. Days later, Gayle Barge, the college’s vice president of advancement, ordered a sizable chunk of Shigaki’s artist statement be deleted. Shigaki’s statement in its entirety (with the deleted part in italics) is:

“The plaque commemorates the back-breaking and dangerous work of the Japanese immigrants and their descendants, who cleared the land and made Bellevue suitable for farming and homes. After decades of anti-Japanese agitation, led by Eastside businessman Miller Freeman and others, Executive Order 9066 authorized the mass incarceration of 126,000 Japanese Americans, including the 60 families who farmed Bellevue. The Freeman family was amongst the biggest beneficiaries of the appropriation of these farms. Today, the same family, headed by property developer Kemper Freeman Jr., remains a powerful force in Bellevue. This commemorative plaque is a reminder that America’s racial policies have always had many economic motives and beneficiaries.”

The backlash to Barge’s censorship was quick. Protests were held on campus, and on March 2, the board decided to relieve Barge and President Jerry Weber of their duties.

“I am grateful for Bellevue College’s Asian Pacific Islander (API) faculty, students, and their allies for standing up and forcing the college administration to act,” Shigaki wrote in an opinion piece for the International Examiner.  “While I am angered that my art was defaced for fear of angering the wealthy and powerful among us, I will continue to make work that commemorates this past, speaks for the powerless in the present, and reminds us that ‘never again is now.’ We will not let history repeat itself.”