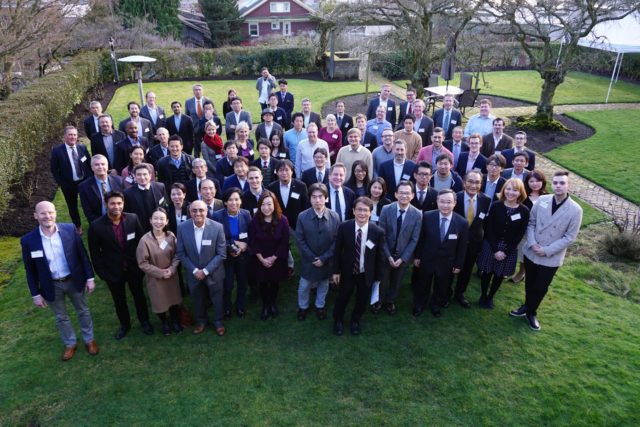 Major Japanese companies and Seattle AI startups have engaged in a series of AI meetings over the past few years that are reaffirming both Seattle’s strong links to Japan and the city’s pre-eminence in the artificial-intelligence sector.

Tom Sato and Tetsu Eto of Innovation Founders Capital are the forces behind these meetings, with Sato scouring the local AI startup scene to pull out the most relevant companies, and Eto raising interest among Japanese companies hungry for 21st century
solutions and Japan-based venture-capital firms looking for the next hot ticket.

The last meetup was held last week at Consul-General Yoichiro Yamada’s residence in Queen Anne and the Columbia Tower. This was the 10th meeting in the last few years. The Japan delegation, which included big players such as Hitachi Zosen, Mitsubishi Corp.,
Ito-Yokado, and the Osaka Chamber of Commerce & Industry, toured Amazon and Microsoft and attended a pitch session where local startups made their 10-minute pitches. The following day, one-on-one meetings were held as Japanese companies and investors
focused on the pitches that caught their attention.

The meetings are sponsored by Innovation Finders Capital, the Washington State Department of Commerce, and Orrick, Herrington & Sutcliffe. They are held quarterly, with some being in Japan and some in Seattle. The deals that are starting to come out of these meetings may just solidify Seattle as the world’s AI leader, thanks in part to the heavy presence of cloud-computing giants Amazon and Microsoft.

Letter from the New Consul General of Japan

Understanding the sequence of returns risk: Why timing can be important in retirement

After AI Meetup, a Note of Caution