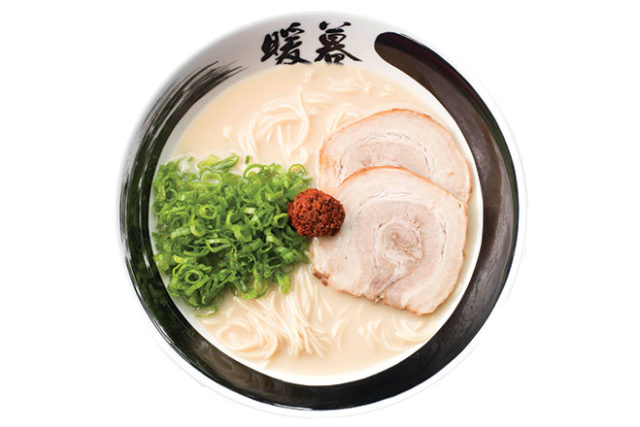 Capitol Hill is quickly becoming the capital of ramen in Seattle. Ramen Danbo, originally from Fukuoka, has announced that it will open a restaurant at 1222 E. Pine Street, suite A. The company says it is planning to open in early November. It plans to announce an official opening date very soon.

Ramen Danbo operates two restaurants in Vancouver, BC. It will squeeze into an increasingly crowded array of ramen shops in Capitol Hill, which is already home to Tentenyu, Kizuki, Ooink and Betsutenjin.

How will Ramen Danbo stand out? The restaurant says the difference will be that they allow diners to customize their dishes more than other restaurants. One can choose from classic thin or thick noodles, the firmness of the noodles (from very firm to very soft), the thickness of the broth, the amount of lard and the level of spiciness.

The menu also features a variety of “rekka ramen,” a spicy version that uses ichimi togarashi powder to add a little kick and turn the soup a reddish hue.

Ramen Dano is hiring for the new Seattle restaurant. If you’re looking for work in the restaurant sector, visit their site and fill out the online application form.

Interview with Ryoko Iwata, author of “I Love Coffee”