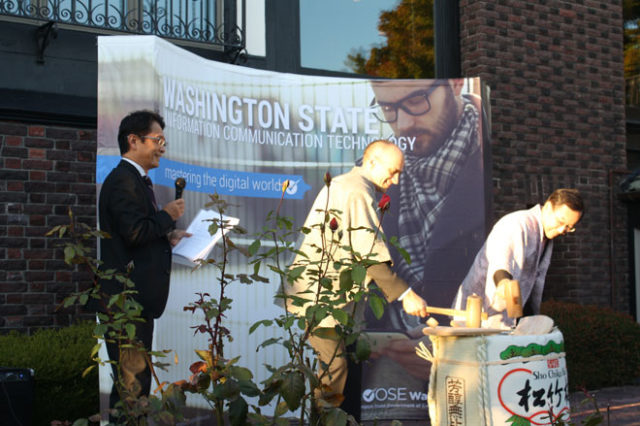 Twelve large Japanese companies and one university arrived in Seattle last week to take part in Japan Seattle Innovation Meetup 6.0. This quarterly meeting, organized by Innovation Finders Capital (IFC), has been facilitating alliances and investments with the Seattle startup community since March 2016.

“Right now, Seattle is already the AI capital of the world,” said Tetsuro Eto, co-founder and managing partner of IFC. “It has the big players, the startup community and the universities. The whole ecosystem works. And the government supports it.”

Eto, in charge of assembling the Japanese delegation for each meetup, said they are “very keen about Washington state, Seattle, not just AI startup trends, but also the key players, and UW.”

During the fifth meetup, Amazon, known for its secrecy, opened its doors to the Japanese delegation.

The meetups work as “reverse pitches” where Eto creates a shopping list that indicates what sort of AI innovation the Japanese companies are interested in. Then Tom Sato, co-founder and managing partner of IFC with Eto, searches the Seattle startup community for the best matches. Both Eto and Sato are ex-Microsoft people with deep ties to IT and AI businesses in the Puget Sound and Japan.

The meetup started with companies pitching their technologies at Consul-General Yoichiro Yamada’s residence. Later in the week, companies got together for one-on-one discussions.

Letter from the New Consul General of Japan

Understanding the sequence of returns risk: Why timing can be important in retirement