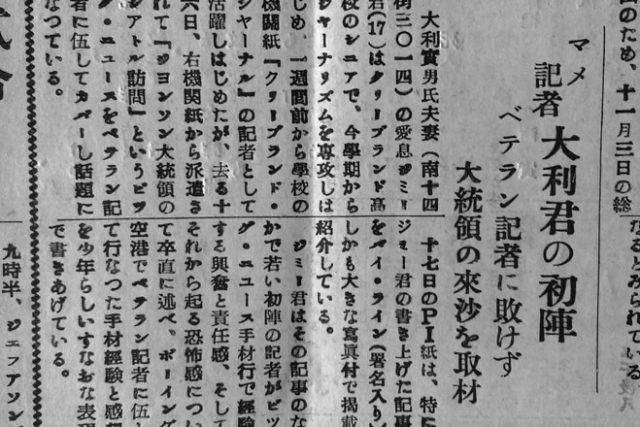 Jimmy Otoshi, son of Mr. and Mrs. Jitsuo Otoshi living at 3014 South 14th Avenue, is now a senior at Cleveland High School and is studying journalism starting this quarter. He has begun writing articles for the school newspaper, the Cleveland Journal, and also was known as one of the reporters to cover President Johnson’s visit to Seattle on Sept. 16 along with other veteran reporters from main stream media.

The Seattle Post Intelligencer printed his article using his byline and a large photo of him in the September 17 edition.

In the article, Otoshi frankly described how he felt excitement, responsibility and also fear in his experience covering such a big story. The article was very straightforward for an entry reporter alongside other veteran reporters at Boeing Field.