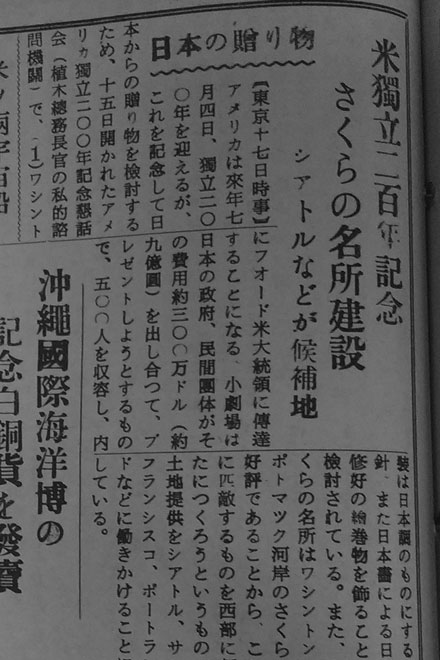 A Japanese committee meeting to discuss about the possible gifts for the U.S. bi-centennial in 1976 was held on July 15. The meeting is organized as a private group by the Director General of the Prime Minister’s Office and will be reported to the President Ford.

The gift option includes a 500-seat small theater funded by the Japanese government and organizations, which budget will be about $3 million. The interior will contain a Japanese aspect and display a Japanese picture scroll to feature the U.S.-Japan relationship.

Another plan is to build a cherry blossom landmark in West Coast like Potomac River in Washington D.C. The agency may seek a potential location in Seattle, San Francisco, Portland or other locations.